If there's one thing I truly love about doing Kickstarter articles for Dorkland it's the moments when I look over a Kickstarter and think, "Ooh, that's a good idea!" Well, the Bulletproof Blues Second Edition Kickstarter gave me one of those moments. Which I'll touch on at the end of this article (if you are thinking about creating a Kickstarter in the future, you might want to check that out).

First up, as usual, is a brief overview of the product -- Bulletproof Blues, a supers RPG by Brandon Blackmoor. There are a few things to know: the game is 'rules light', it takes place in the Kalos Universe (of Kalos Comics), and the first edition rules are free under the creative commons. So, any questions you might have rules-wise or setting-wise should be found within the game's actual rules. At least the first edition version of them. This Kickstarter, however, is for the second edition which is looking to expand upon the rules and create an even better book -- while still offering the rules up for creative commons. So your support would not only net you a copy of the rules (with any improvements made via the Kickstarter) but should also get more material out into the wilds -- for all to enjoy (or remove some excuses your players might have for not getting a copy of the rules, either/or).

That (somehow) leads us to: what can you get for your money?

For $5 you can get a copy of the first edition PDF (with some additional goodies). To get the second edition PDF will cost your $10 ($25 to also get the extra material PDFs unlocked in the Kickstarter). And a print edition will cost $45 (plus all the previous goodies). So, if you are fine with PDFs you can get in on this one at a reasonable price-point.

Finally, the bit mentioned in the opening paragraph -- that "Ooh" moment I had when first checking out this Kickstarter.

If you look at the funding point you'll see that it is fairly low -- just $1,500. Certainly, this isn't the biggest, most expensive RPG product around, but it is still doing something that I feel is very smart -- improving itself bit-by-bit instead of trying to fund everything at once. The base goal is to improve the art of the sample characters in the book. The next goal after that is for new cover art and so on. Using these smaller goals will allow them to fund (and as of this writing it's very close) almost assuredly -- meaning even if they don't garner many stretch goals, the book can still be improved to some degree. For smaller RPG developers I think that it is very important to get every bit of funding you can muster to create the best possible product. I am fairly certain I have seen this method used before, but still, it's something to seriously consider if you are looking to launch a Kickstarter. 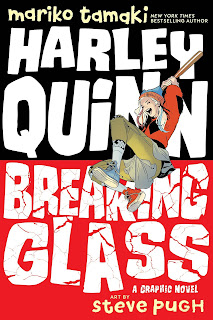